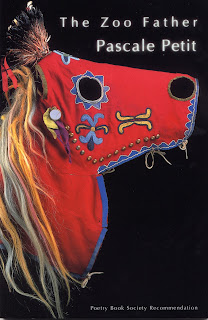 The Zoo Father, published by Seren in 2001, was selected for the Next Generation promotion, was a Poetry Book Society Recommendation, shortlisted for the TS Eliot Prize, and was a Book of the Year in the Times Literary Supplement and Independent. It won an Arts Council of England Writers' Award and a London Arts New Writer's Award. A poem from the book 'The Strait-Jackets' was also shortlisted for the Forward prize for best single poem. A bilingual edition is published in Mexico and distributed in Latin America. An illustrated edition, designed by Dragana Nikolic, is published in Serbia in 2012.

"A blazing new arrival" – Boyd Tonkin, The Independent, Books of the Year"This is a wonderful and red-raw collection that captures pain, love and loss." The Independent "Although rooted in real experiences, this is poetry that is deeply, wonderfully imaginative." Poetry Book Society Bulletin

At the dark heart of this unique collection is a daughter's fraught relationship with her dying father, a man whose legacy to her was violence and abandonment. Rich in the imagery of the Amazonian jungle (fire ants, shaman masks, hummingbirds, shrunken heads, jaguars) these poems at once ward off and redeem the father through myriad transformations.


The Strait-Jackets
I lay the suitcase on Father's bedand unzip it slowly, gently.
Inside, packed in cloth strait-jackets
lie forty live hummingbirds
tied down in rows, each tiny head
cushioned on a swaddled body.
I feed them from a flask of sugar water,
inserting every bill into the pipette,
then unwind their bindings
so Father can see their changing colours
as they dart around his room.
They hover inches from his face
as if he's a flower, their humming
just audible above the oxygen recycler.
For the first time since I've arrived
he's breathing easily, the cannula
attached to his nostrils almost slips out.
I don't know how long we sit there
but when I next glance at his face
he's asleep, lights from their feathers
still playing on his eyelids and cheeks.
It takes me hours to catch them all
and wrap them in their strait-jackets.
I work quietly, he's in such
a deep sleep he doesn't wake once.

To visit you Father, I wear a mask of fire ants.
When I sit waiting for you to explain

why you abandoned me when I was eight
they file in, their red bodies

massing around my eyes, stinging my pupils white
until I'm blind. Then they attack my mouth.

I try to lick them but they climb down my gullet
until an entire swarm stings my stomach,

while you must become a giant anteater,
push your long sticky tongue down my throat,

as you once did to my baby brother,
French-kissing him while he pretended to sleep.

I can't remember what you did to me, but the ants know. 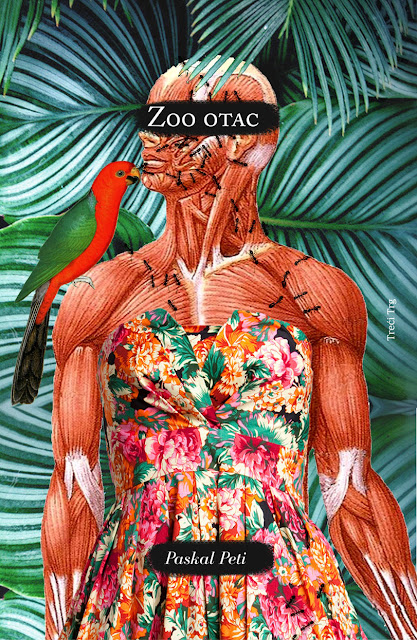