Preview of a pamphlet anthology: Poetry from Art at Tate Modern 2011 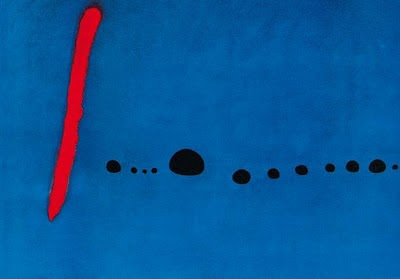 Next Saturday, 24th September, will be the launch of the pamphlet anthology I have just edited: Poetry from Art at Tate Modern 2011. Here is a preview of two poems from the pamphlet (scroll down).


Participants in Tate Modern's Poetry from Art courses, led by Pascale Petit, present a pamphlet of their work, including poems after Miró and responses to the permanent displays. The readings will be illustrated with a slideshow and opened by Marko Daniel who is Convenor of Adult Programmes and co-curator of the Miró show. The anthology will be for sale that evening then afterwards in the Tate Modern bookshop.

Elizabeth Horsley's poem is a response to a memorable session we spent in one of the octagonal rooms of the Joan Miró: The Ladder of Escape exhibition, immersed in the glow of the meditative Blue I, II, II triptych. Miró's paintings are poems in themselves so it isn't surprising that his paintings generated many poems.

but I would rather be outside
dressed in a long shift
of Madonna-blue cotton,
lying in the summer grass
looking at the sky.
I would rather float
in the Hebridean sea
and let the seals watch me
as they watched me once before.
If I could lie in that blue
that would be enough.


In the autumn term, when Ana Mendieta's video Blood and Feathers #2 was on display in the Energy and Process wing, we watched Mendieta perform a ritual on a riverbank, which consisted of her pouring blood over herself then rolling onto white feathers and holding her arms out like wings. This inspired poems about rites of passage and ritual dress and the following is Natasha Morgan's personal response:

When my mother lay
in her hospital bed
on her very last afternoon in November
six years ago,

when the sun broke through the plastic strips
that layered the windows
of that suburban room,
promising one last golden moment,

when I slipped outside
into her garden, for roses,
with secateurs in hand, for the pink roses
to take them in their full glory
for the very last time,

when I returned with my
arms full, they fell all around, all around,
because she had not waited for them
or for me.

And so I sat with her,
both of us still, but she more still than me.
And I washed her body and edged her stiffening limbs
into her white cotton nightdress, fresh that day

and spread a white cashmere shawl
to cover her right down to her feet,
and gave her my socks
for the journey.

And when all was done, and well done, and done in good time
I sat with her in the smell of the roses
that rose around us as the sun went down. 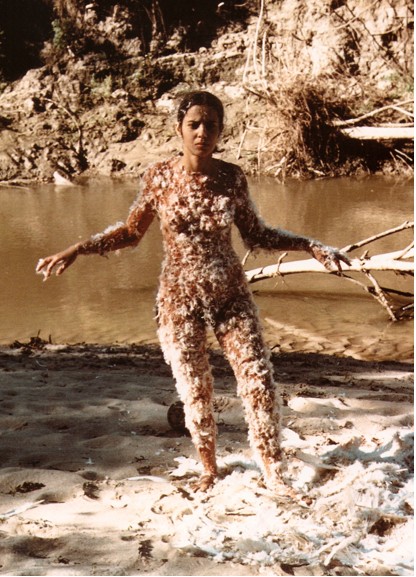