A seasonal poem 'Hieroglyph Moth' from The Treekeeper's Tale

For years I'd kept a postcard of a tropical hieroglyph moth bought at the Natural History Museum in London. It gave me a particular feeling, those hieroglyph colours on its white furry wings: 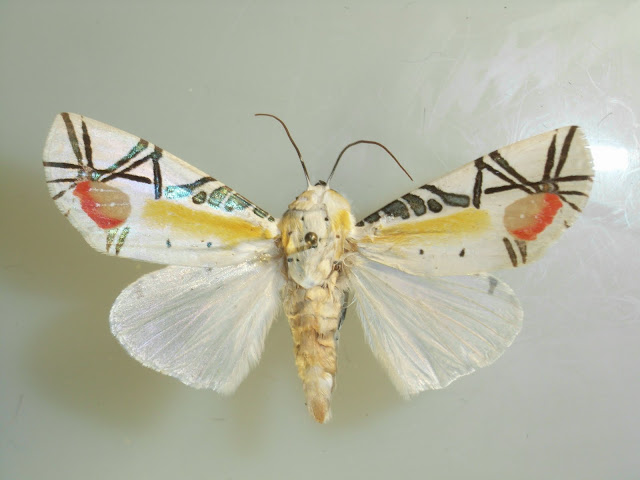 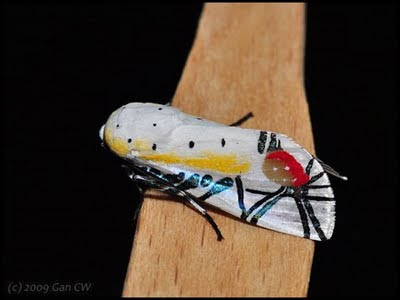 As I was writing my last collection The Treekeeper's Tale and had already written two "moth" poems, 'Atlas Moth' and 'Moon Moths (in the Day Room)', I thought surely it's time for me to write that hieroglyph moth, so I did. The poem for me has some of the feeling I associate with the visual image, the colour language on those snow-wings, and the meaning is meant to be quite open-ended, though it makes me think of how I learnt English when I was seven, the newness of the language and the country (mid-Wales) I was having to adapt to from Paris. How hard I found it until someone gave me a picture dictionary. There were the English words below the pictures and after that it all came clear. The three moth poems are in The Treekeeper's Tale, along with other ice and snow poems 'Siberian Ice Maiden', 'Frozen Horses' and much else.

When the white ermine wings

smoking in the dark,

I understood the colours of vowels

of a new language.

Antennae grew from my forehead,

my tongue was restless in its chrysalis.

as if my bones had melted.

I stepped out into the snow –

not even an exoskeleton to protect me

in this strange country.

Video of my poem What the Water Gave Me

Here's a video of me reading 'What the Water Gave Me (VI)' from my next collection What the Water Gave Me – Poems after Frida Kahlo, to be published by Seren in May 2010. This was filmed at the Sha'ar International Poetry Festival in Israel by Asher Gal last October at the Hebrew and Arabic Theatre in Jaffa. There are six poems in the collection based on Kahlo's painting of that name, interwoven throughout the book. I'll post photos from the festival and of Israel soon.

In Kahlo's painting she is lying in her bath surrounded by scenes from her life and paintings. This sixth of my WtWGM poems is more a version than a literal interpretation. 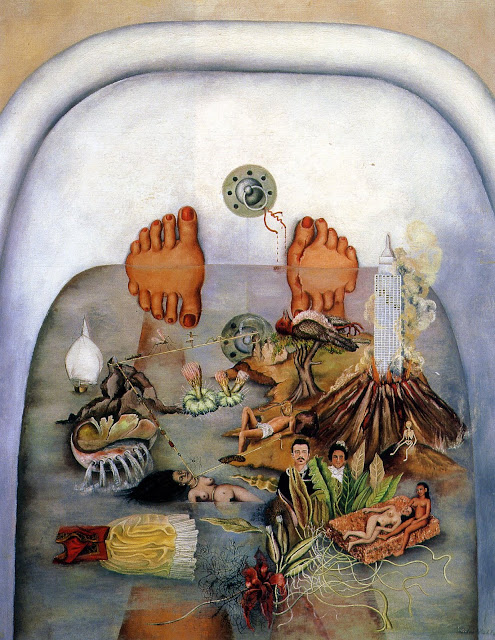