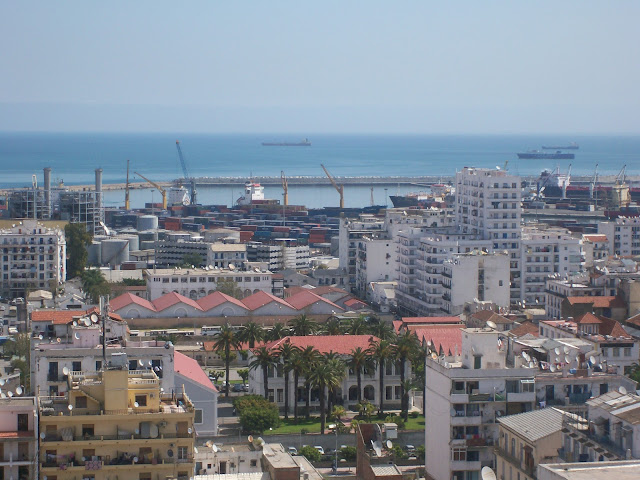 Just before I landed in Algiers I could see the Kabylie Mountains hovering above the coast. They have a special significance for me because my father lived there for a few years, during the thirty-five years of his disappearance. He told me he stayed there with his best friend, in the mountains, and he loved it. Before he disappeared, when I was still living in Paris with my parents, they ran a brasserie and beer business just by the Jardin des Plantes, and their customers were mainly Algerians. This was in the late fifties. Later I was told my father was part Algerian, but it turns out that was probably a myth. I had been to Tunisia and Morocco but I always wanted to go to Algeria. So when the British Council invited me to take part in a translation project (organised by them and EUNIC) I leapt at the opportunity. Even though getting the business visa was a lengthy, fiddly process made even harder by my French passport having Israeli stamps on it. Initially, I was invited in March for nine days, then that was postponed and shortened to a flying visit of five days in April.

At the three-day Metamorphoses workshop I worked with two groups. One translated two of my poems into Arabic and the other translated the same two poems, 'The Strait-Jackets' and 'What the Water Gave Me (VI)' into French. Each group was composed of translation or interpretation students and was led by a professional interpreter/translator. The Arabic moderator, Lotfi Zekraoui, had flown in from New York, where he is on a Fulbright scholarship at Cuny but he is from a nearby city. The French moderator was Walid Grine, son of one of the Algerian writers joining me on the project.

We only had three days to work in and I was disappointed I did not get to translate Algerian writers, especially as during the final event we all heard everyone's work (inlcuding translations into French) and I was very impressed by a short story by the novelist/poet Mostafa Fassi. The subject of the story was a wartime incident, but what impressed me was the immaculate description of a very moving scene, so moving that the moment he started to read the original in Arabic, his lead translator Malika Benbouza began silently weeping, even though she was on the stage. I heard other stories about living through wartime and under terrorism from the students as well and gained just a glimpse of what it means to be Algerian.

I was also impressed by how hard the students worked. I don't think my poems have ever been put under such intense scrutiny. One of the translation issues that came up with each of the four writers and our translators was religion and how to translate one set of references from one faith into another. I became acutely aware of the Catholic iconography in my Frida Kahlo poem, including an ascension and a reference to Saint Sebastian (Kahlo's rain of thorns). The students pondered: how does this metamorphose into the Islamic faith? There was also an issue for the Arabic students that they didn't know what hummingbirds were, since they are only a New World species.

My hotel was at the top of the hillside Algiers is built on, in the Embassy district, so, as we wound down in the car each day, round the narrow zigzags to our art centre just above the port, I tried to take photos. But this soon proved unwise, as police were everywhere and they did not like cameras, especially when the presidential convoy was about. Although there was little opportunity to take pics, we took our coffee breaks on a veranda at the art centre, and most of the photos here are taken from there. On the second evening I was going to go to the Casbah but came down with food poisoning and acute sick/dizziness. I missed the tourist spot but did get an insight into emergency healthcare, which is free and instant. The hotel, which was not a grand tourist one, provided a driver for free as well, to take me to the clinic. This was just one example of Algerian warmth and kindness. On the last evening, after our readings and public discussions, I was accompanied by Amina (from the BC) and Lotfi on a walk downtown. It was quite intimidating, as there were only men about and no tourists.

I hope the translation project continues and that British poets get a chance to get acquainted with Algerian writers and culture. If I can I hope to translate that short story by Mostafa. As the plane rose, I managed to take a photo of the Kabylie Mountains and I thought about my father living up there, probably under one of his many different names, and I warmed to him in his mountain home, remembering how fondly he had spoken of it before he died, and of the hospitality of his friends there. 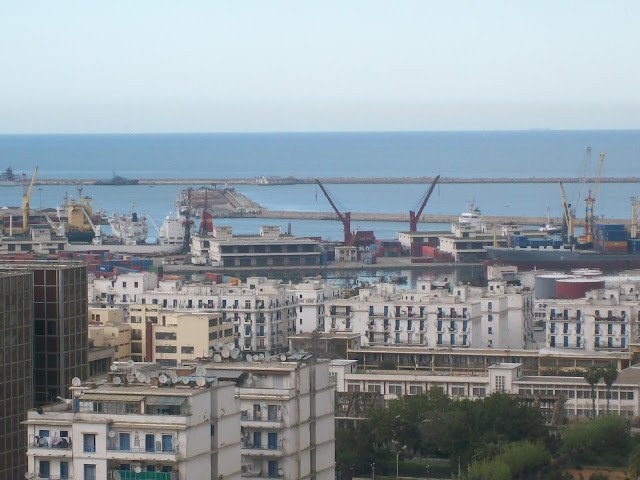 The port and harbour in Algiers 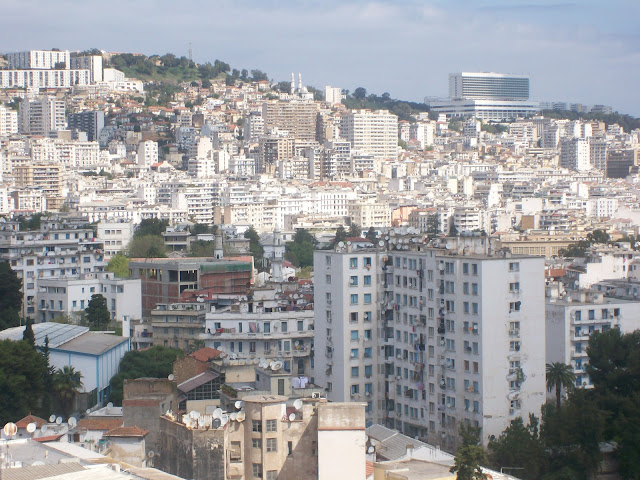 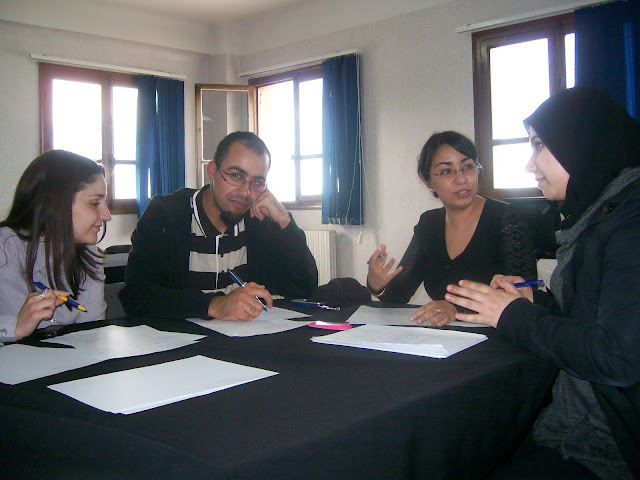 The French team, from left to right: Amina, Walid (moderator), Asma and Soltani 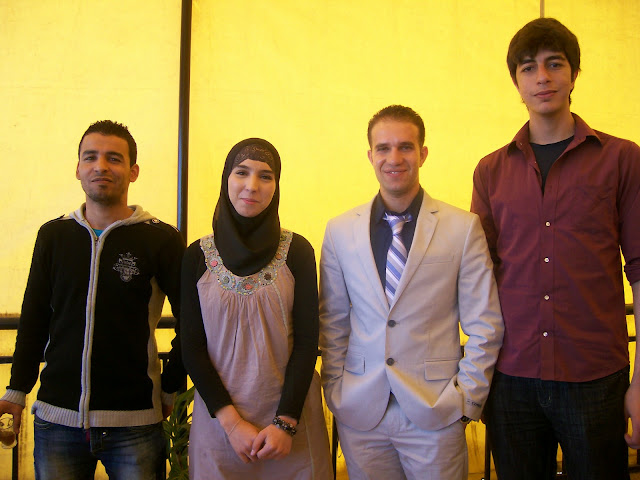 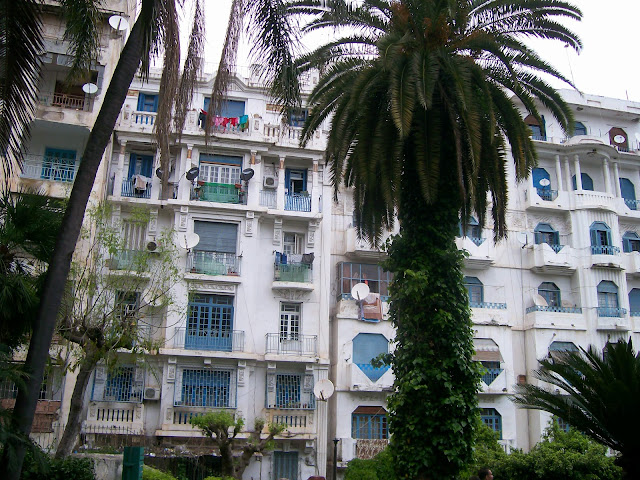 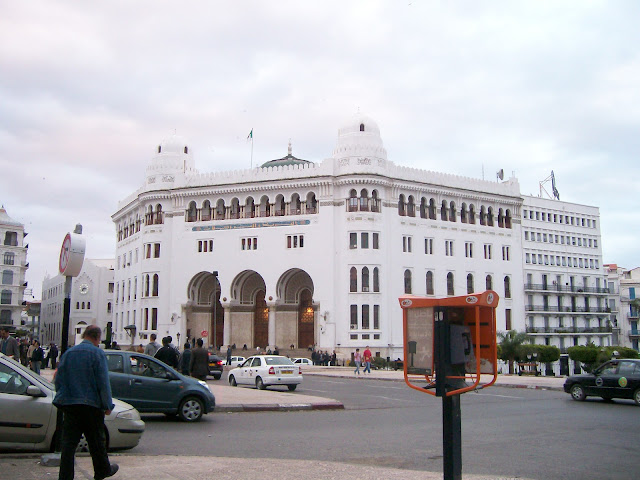 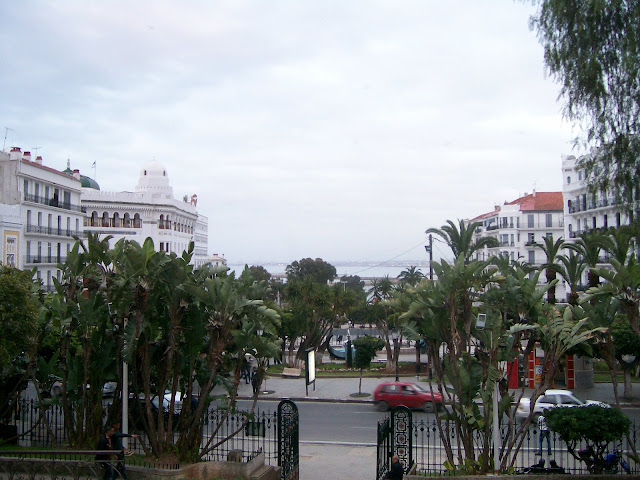 view down to the port 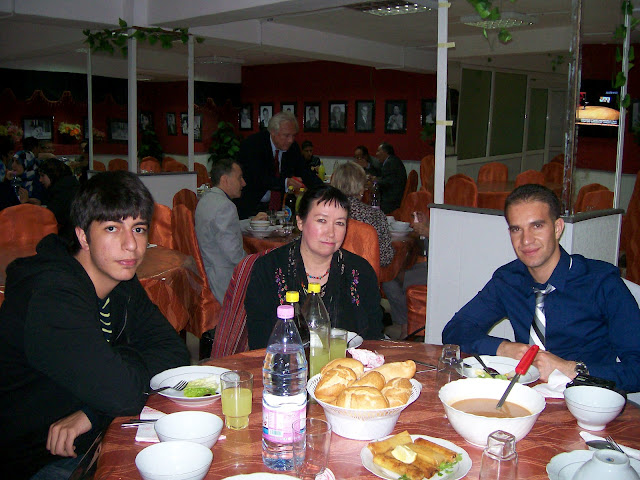 lunch break with Lotfi and Nabil 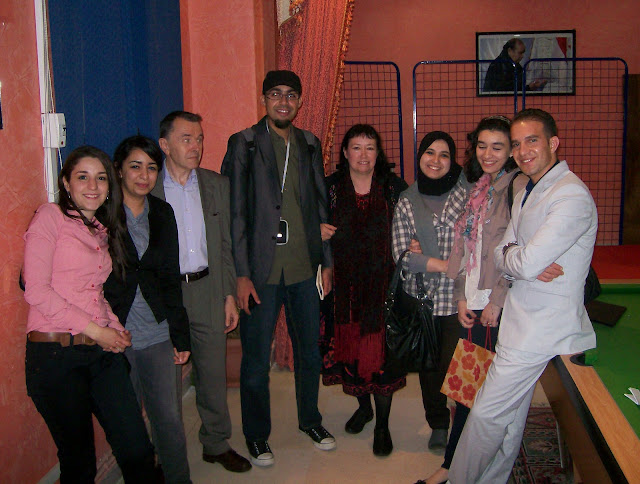 after the last event with discussions and debates, two teams, with Jeremy Jacobson, Director of Algerian British Council 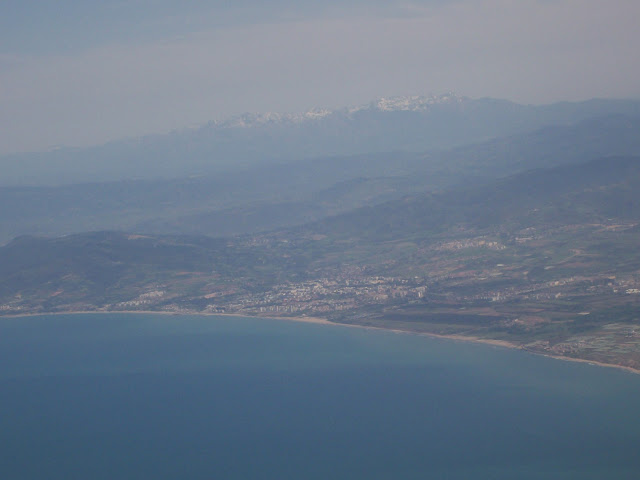 The mountains from the air
Posted by Pascale Petit at 19:55 No comments: