The Poetry from Art pamphlet is launched!

Last Saturday was the launch of the second Poetry from Art at Tate Modern pamphlet anthology. 21 poets who attended my six-week summer course read their poems: one from the anthology and one other written on the course, or on previous courses this year. I was quite nervous – there were beginners as well as advanced writers, and a few had never read before – but I needn't have worried. They all did well and the capacity audience was most appreciative. I reckon there were about 140 in the audience, and a great atmosphere. The last reader, Karen McCarthy Woolf, gave a vote of thanks, then Bea Colley popped out with an enormous bouquet!

Though it's the readers I want to celebrate, and especially the way the less experienced writers among them good-humouredly accepted the email editing process we went through with their poems. They also had feedback from their peers during the course, when we would cluster into small groups to offer constructive criticism. The anthology is now for sale only in the Tate Modern bookshop. The next Poetry from Art course will be 20 Feb – 26 March 2012. It will go up and open for bookings on the Tate website around Christmas.

This first photo of the event was taken by Anne Welsh, who has attended all my Tate courses for six years! The second photo of her reading was taken by Marc Mathison. It was hard to take pictures of the readings because I was projecting a large slideshow of the artworks that inspired each poem to the left of the readers, and we couldn't include those in public photos. The evening was dominated by Joan Miró's fabulous triptych Blue I, II, II so we were bathed in a cerulean glow.

Works by Ana Mendieta (Blood and Feathers #2) and Lamia Joreige (Objects of War) also featured frequently, in contrast to the meditative blues. Our venue was the East Room on Level 7 at Tate Modern, with panoramic views of the Thames and London and the evening was opened with a very warm and welcoming speech by Marko Daniel, Convener of Adult Porgrammes and co-curator of the Miró exhibition. 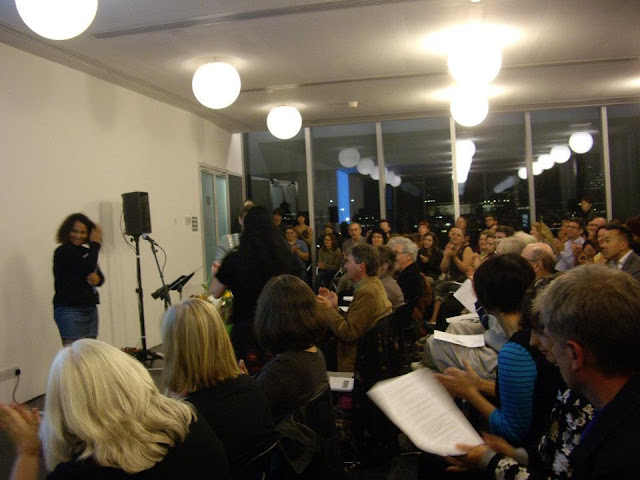 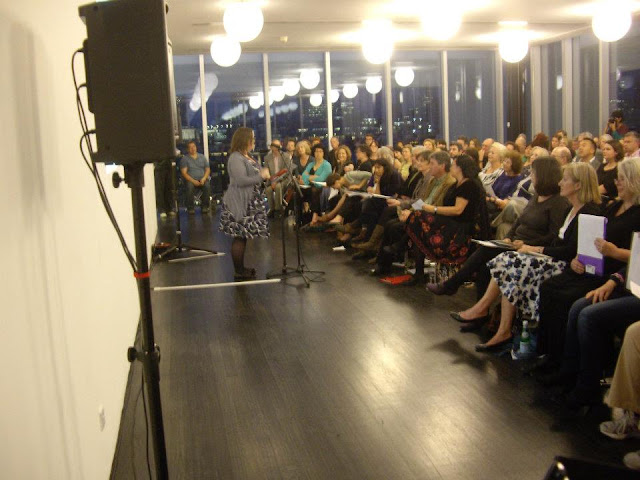 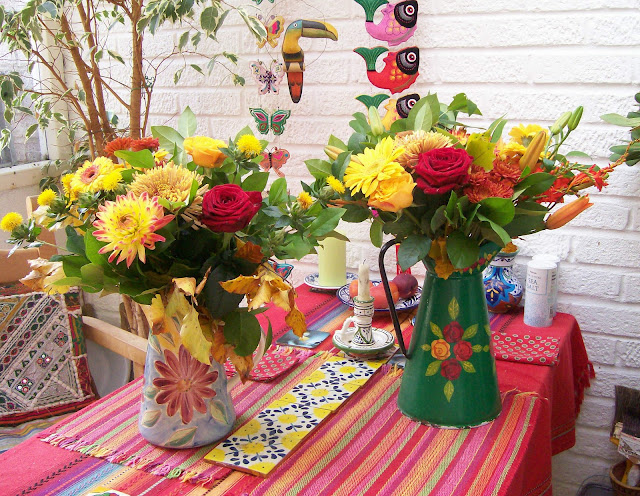 The bouquet divided into two jugs. 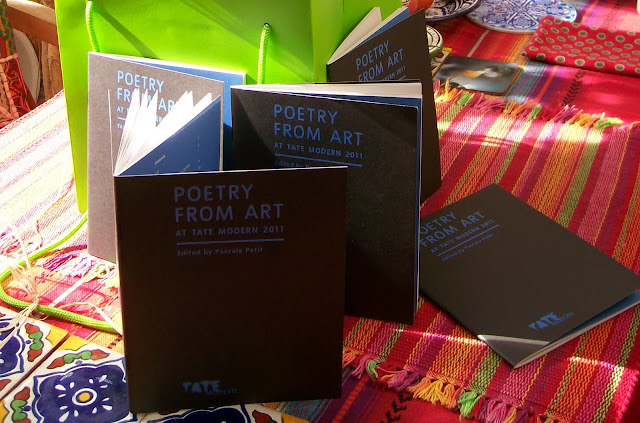 And here are copies of the pamphlet anthology, a suitably Miró blue (and black).