Return to the Ménagerie in the Jardin des Plantes

It's fourteen years since I first visited the Ménagerie in the Jardin des Plantes of Paris, when I was writing The Zoo Father. I used to go there every day then, and first went back last year. There are not so many big cats now – no black jaguar, no pumas, no lions. But there is a snow leopard, as there was then, in the Fauverie. No English word quite captures the French word 'Fauverie'; I've seen it translated as 'big cat house', but fauve means wild beast. In a way it's good there aren't so many big cats because the cages are too small as this is the second oldest zoo in the world, an old-fashioned one. There's more conservation work going on now and the zoo was full of young animals born in the spring or earlier this summer. I saw a young yak, and a Przewalski foal, but the mother was still with her doted companion, a nanny goat, which I must confess last year I mistook for her rather shaggy foal until the horns came into view! As before, I searched for one of my favourites, the Amazonian king vulture. He's the gaudy headed one below. Twelve years ago there was a baby king vulture in the nursery, in a baby's playpen. As I was wandering around, trying to see as much as possible before closing time, I heard a maniacal laugh and made for the source of it: two laughing kookaburras. They set the macaws off who screeched at each other and started to do acrobatics on their bars. The whole zoo at that point seemed to wake up and become vibrantly alert, disregarding the humans. It gave me a headache as I dashed from one cage to another watching them. I returned to the little farm to feed the goats prickly leaves. They licked my hands and I stroked their bristly heads and horns. No keepers were there and families were feeding them crackers and bread. One of my favourite paths is along the owl cages. I love reading their names in French as much looking at them. The eagle owl is 'grand-duc'. The great grey owl looked like a ghost from a Max Ernst forest and the snow owl was still there, though I suppose he's a new one. I particularly love his name 'harfang des neiges', though still prefer the English 'snow owl', and the word 'owl' to the French words for owl, good as they are: chouette, harfang, hibou, effraie (barn-owl, screech owl, fright). 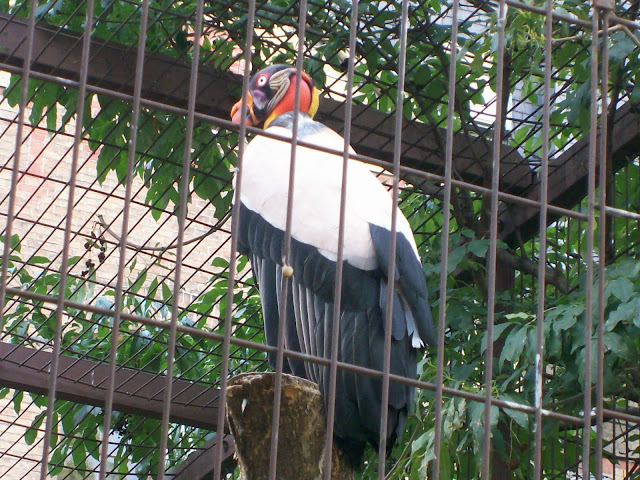 The king vulture. His mate was eating a carcass on the floor. 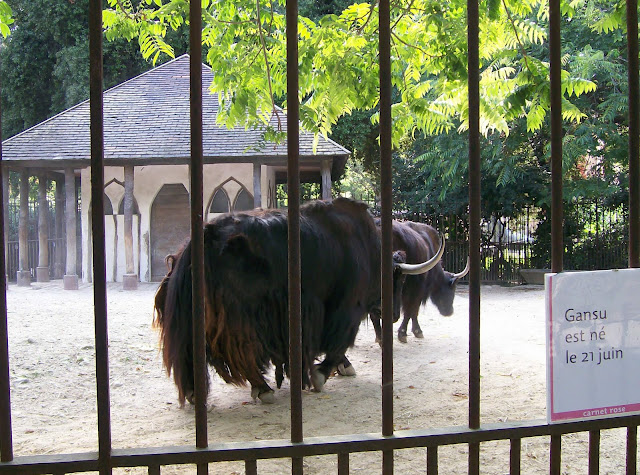 The yak mother and son 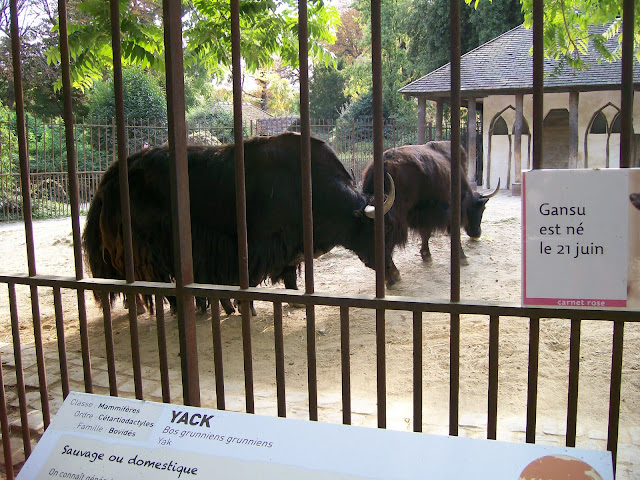 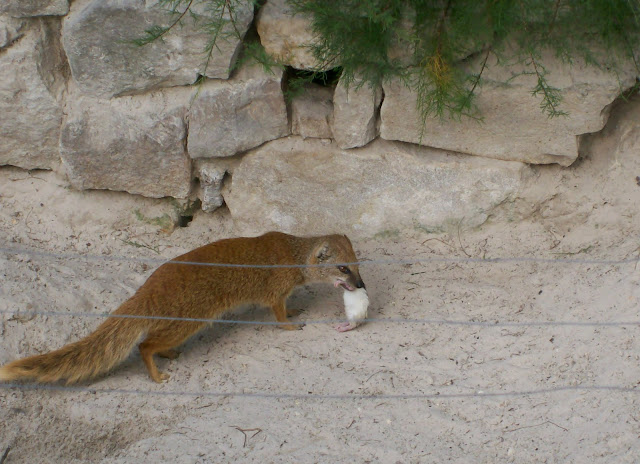 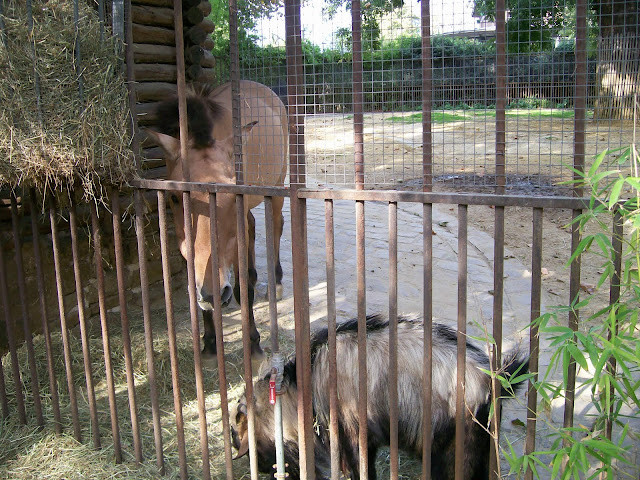 The przeswalski mare with her lifelong companion, a goat. 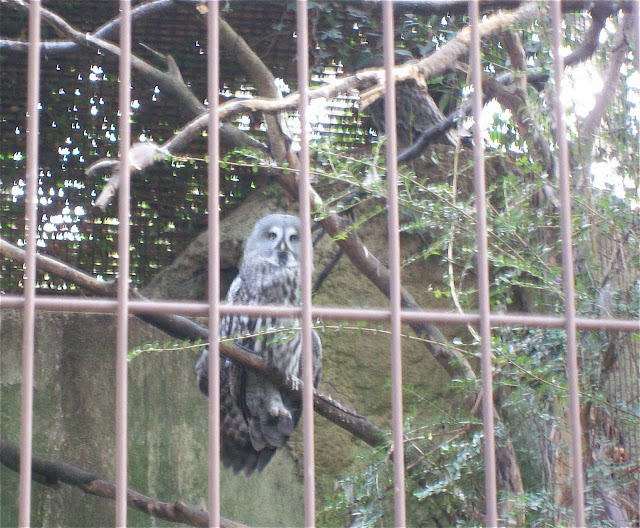 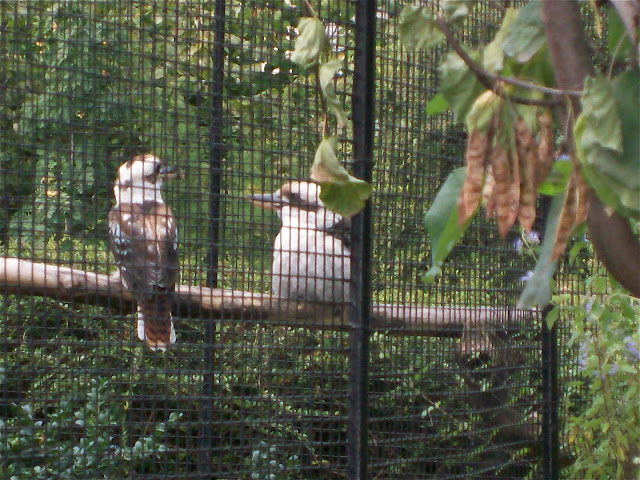 The kookaburras get going 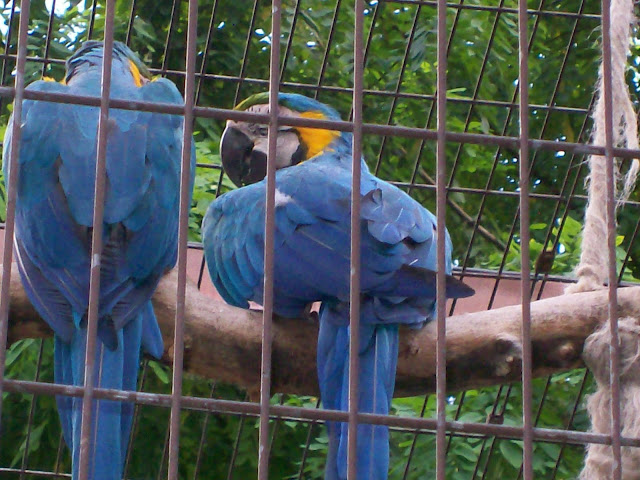 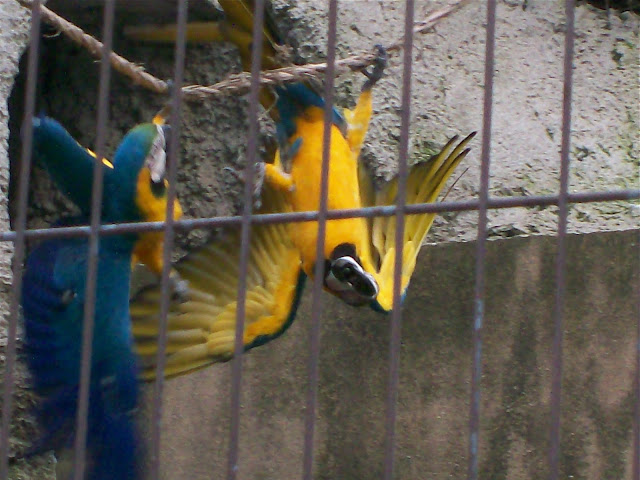 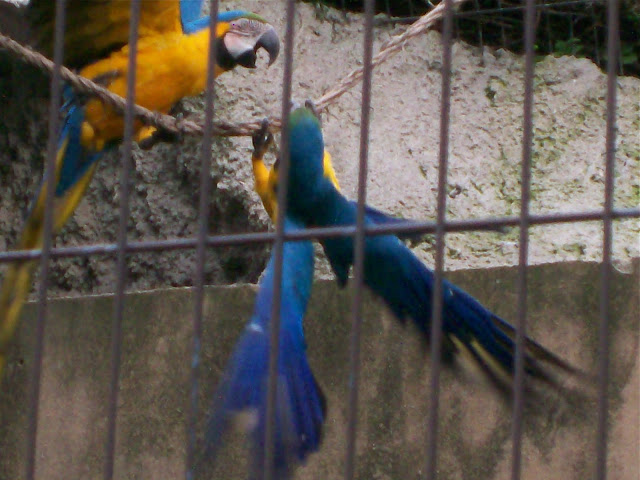 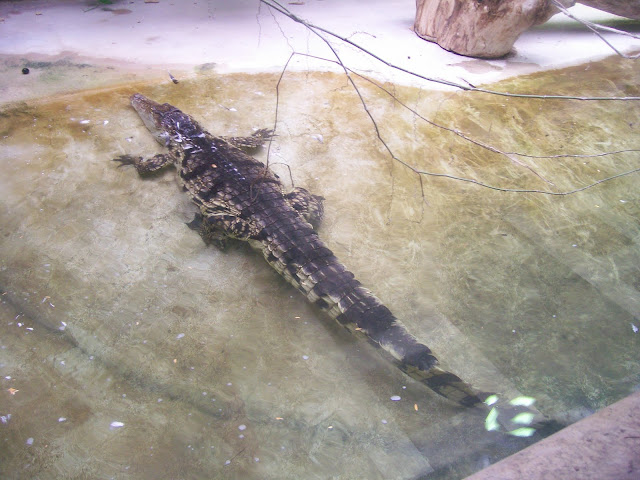 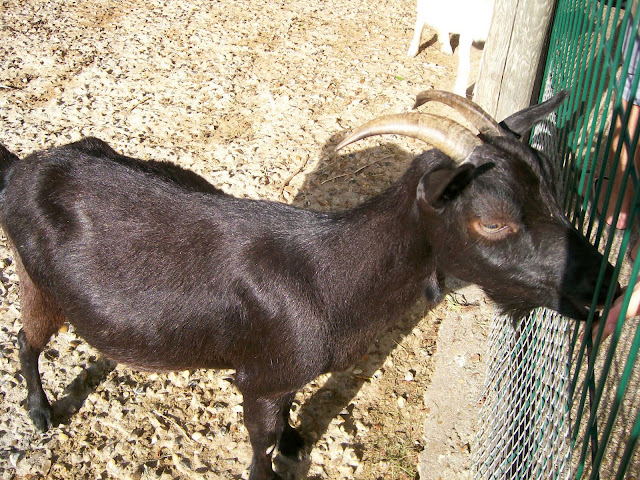 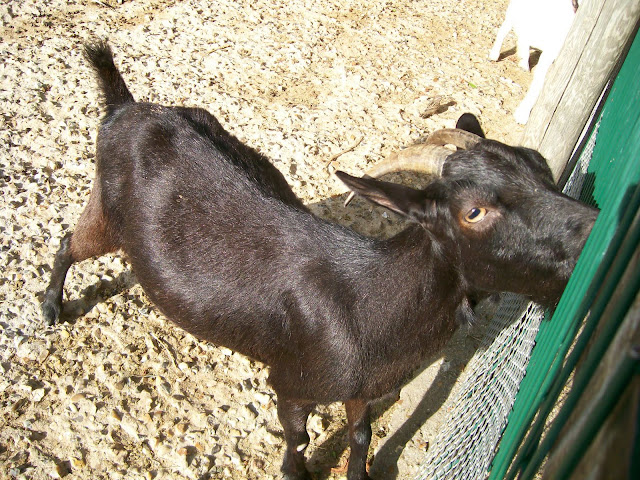 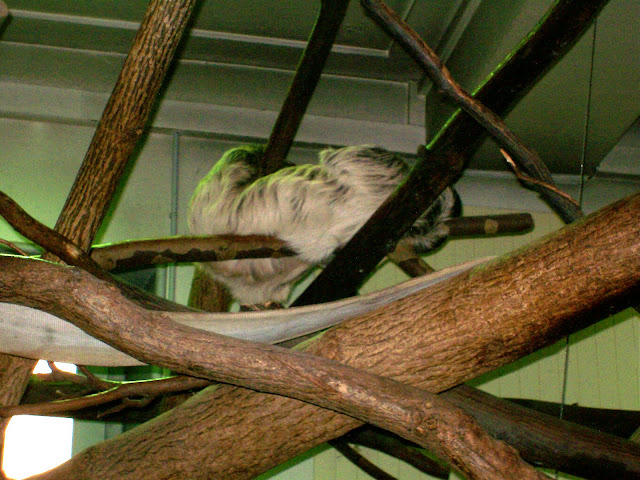