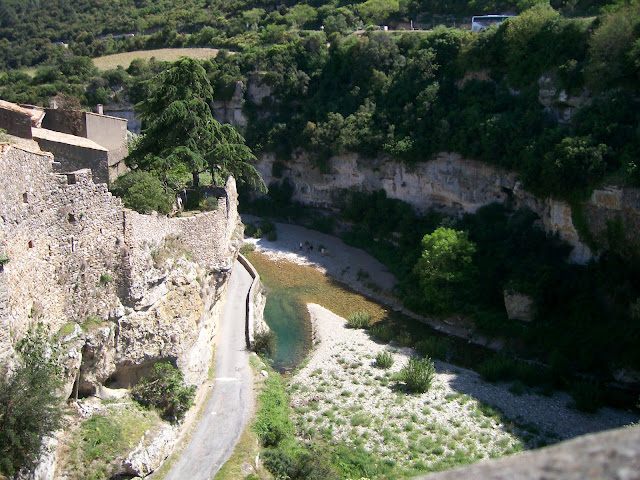 
One of my top places in the world is the Languedoc Roussillon in the south of France, so teaching a poetry course there is a dream. Last week, for six days, eleven poets joined me at Chateau Ventenac for Making Worlds, my third course at the Chateau. They came from London, Palm Springs, LA, Colorado, Stafford and Herefordshire. We spent the mornings in creative workshops, the afternoons free (though everyone had two tutorials with me so I was busy), and in the evenings there were writing games and readings. Unlike Arvon courses we were catered for – the meals were exquisite.

It was during the afternoon tutorials, while we sat under the awning by the pool on the bottom terrace, that a nightingale perched over us and sang. I knew instantly that it was the bird in Keats' ode (the poem that switched me onto poetry when I was a teenager). The notes sounded like gurgles blown in glass, breaking through to our world from another dimension – they were piercing and ecstatic. The next day he returned and sang for longer. Justina wrote that it was "like a star running down your throat". The phrase is one from a series of lines from cosmological myths that I supplied the first evening, for them to incorporate into a short poem.

I also brought along a hoard of surreal contemporary art cards to kick-start poems, and animal fact-files which I bought from Oxfam, meant for children, but those have the most fascinating facts! These included info about the hoopoe, who also sang for us regularly, pipistrelles, which swooped over the veranda each evening, the grass snake, hares and owls. Inside each file I'd inserted another sheet about myths associated with each animal. The prompt was to write a poem which included some biological facts about the creature (handed out to everyone at random), which somehow resonated, some mythological aspect, and something personal (as well as free-associations). Perhaps the poet wished to tackle a difficult subject they could dress in an animal mask. One of the examples we discussed before starting was Joy Harjo's poem 'She Had Some Horses'. They could also try her use of repetition and hypnotic chant to build momentum.

On the third writing morning we changed tack and stopped using images and texts to generate poems, and instead went for a walk along the Canal du Midi, with the golden rule that although they could chat en route to the Pont-Canal two kilometres away, they had to be silent on the return. The process was to be like the contrast between Gauguin and Van Gogh's working methods: Gauguin painting from his imagination (as we had been doing indoors so far) and Van Gogh from direct observation outdoors. The group could respond to one object along the way back through all eight senses, paying close attention to it.

Midway through the week, we had a day off and went to the medieval Cathars cité of Minerve, which leans over the intersection of two limestone gorges: the Cesse and the Brian. After a leisurely lunch in the Troubadour restaurant overlooking the gorge we wound down to the stony bed, hoping we could wade through the cave which connects the two almost-dry rivers, to a secluded valley the other side, but the water was too deep. So they explored the limestone cliffs and listened to the birds. I sat on a bank and read work for the following day's tutorials in this idyllic setting. Next year's course will also be in May, and I've already bagged my tutorial space down by the 'nightingale' bush. 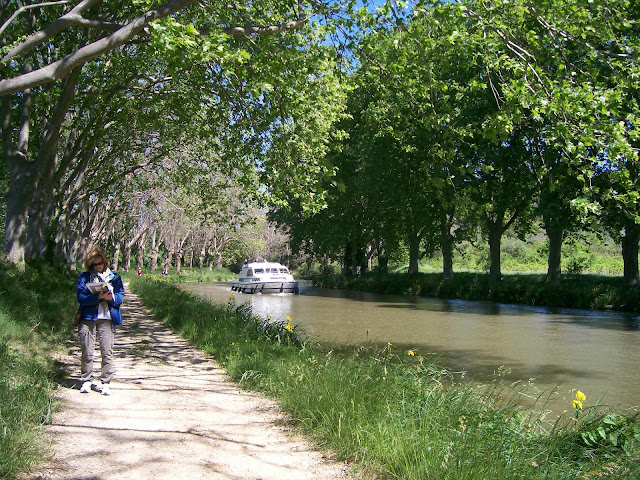 Taking notes along the Canal du Midi on Wednesday morning 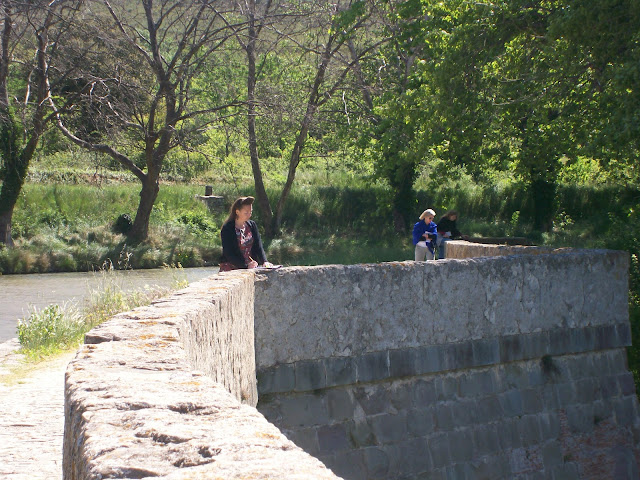 At the seventeenth century Canal-Pont, the first built in France, where the canal crosses a river 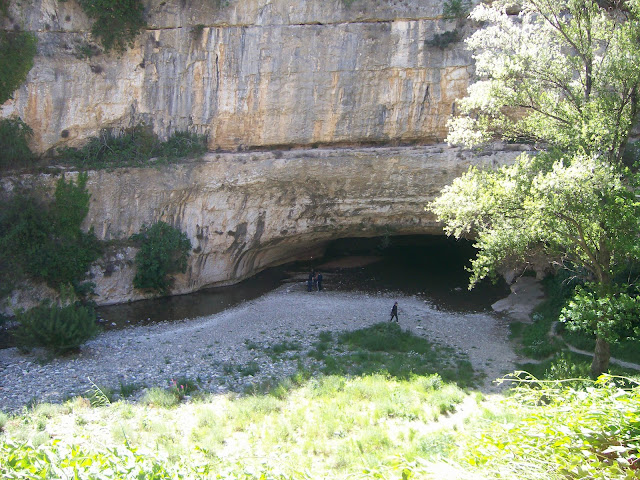 The cave tunnel between the two gorges below Minerve 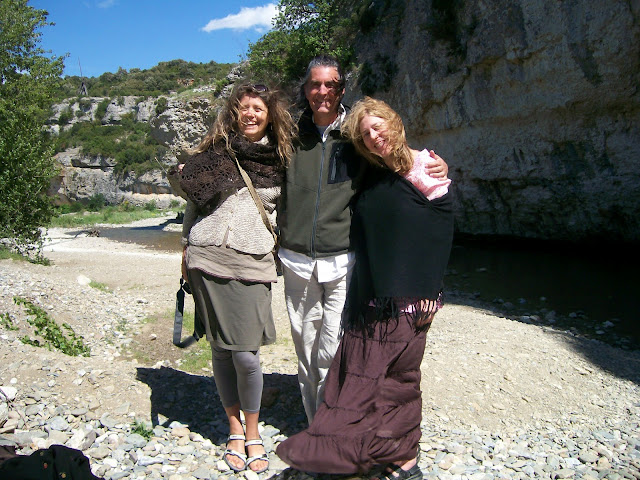 From left to right: Maria Elena Boekemeyer, Stephen Linsteadt and Lois P Jones on the gorge bed at Minerve 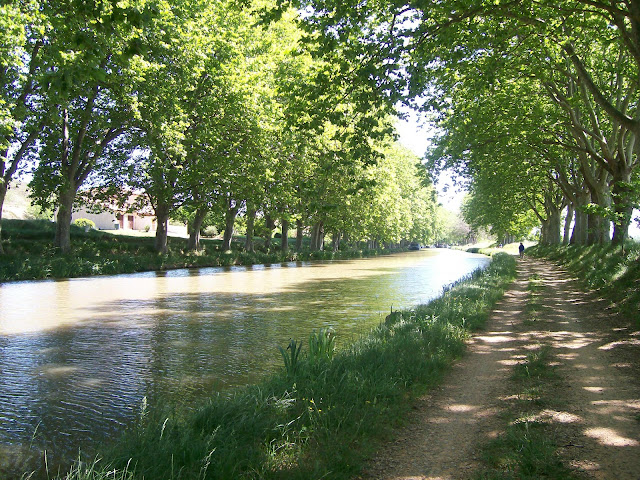 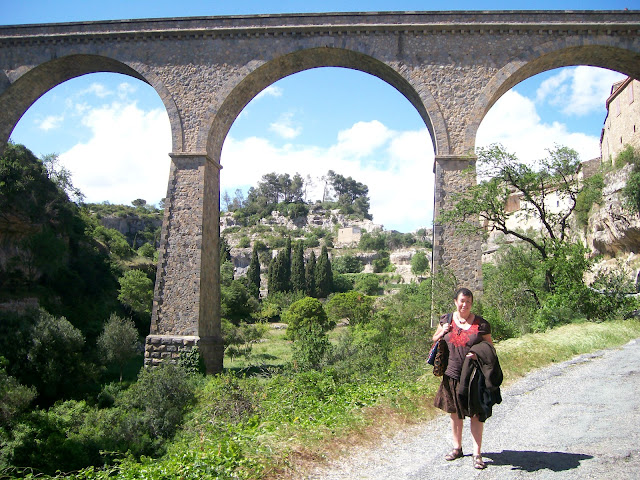 Moi in front of the bridge over the Cesse Gorge, entrance to Minerve 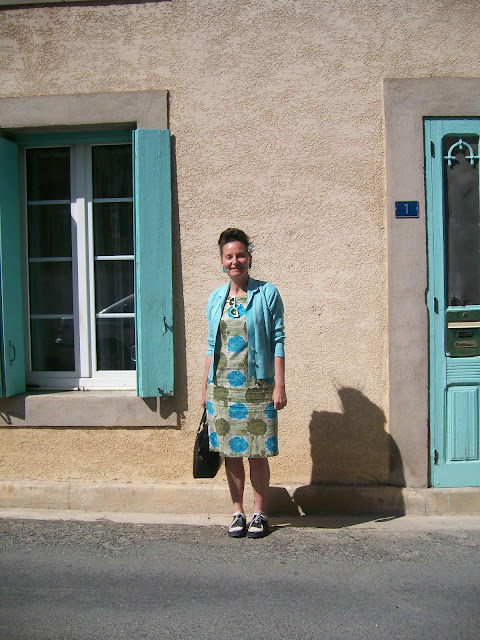 Katrina Naomi with matching shutters and door at 1, La Caunette, another medieval village by Minerve 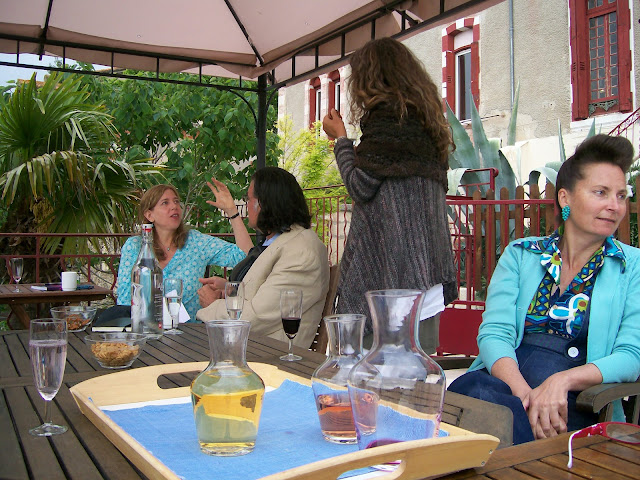 Apéritifs on the terrace each evening 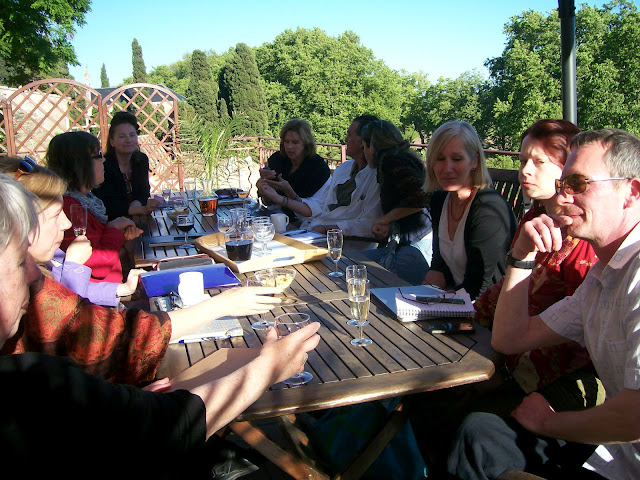 Writing game with the drinks! 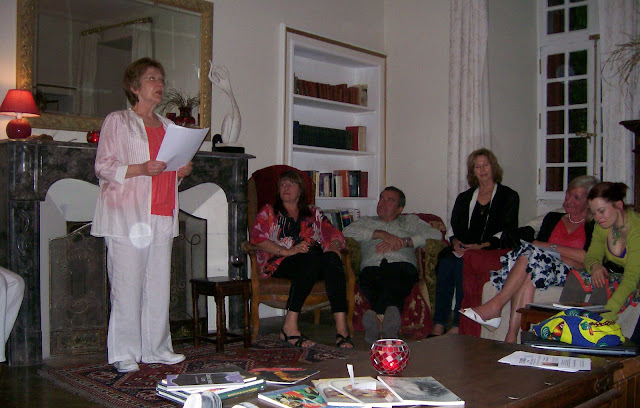 On the last evening a few locals and some of our helpers came to the reading by the group. Here is Jinny Fisher reading two of her poems from the week. Everyone read work written on the course. Next to Jinny is Julia Bristow (owner of the Chateau), Philip, Susan, Mary and Justina 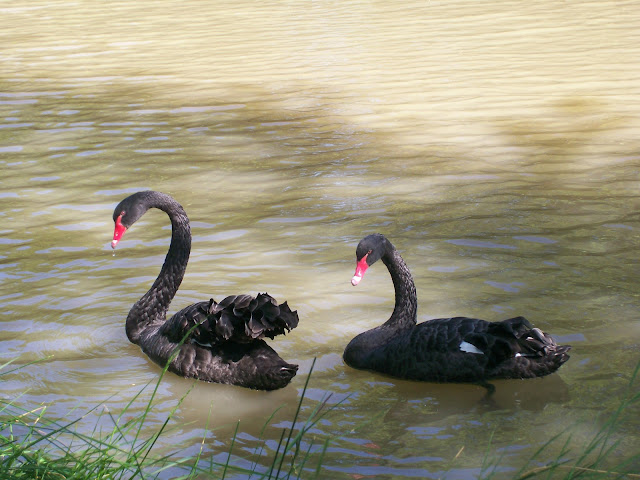 The residents of the canal. There were also otters and ducklings. 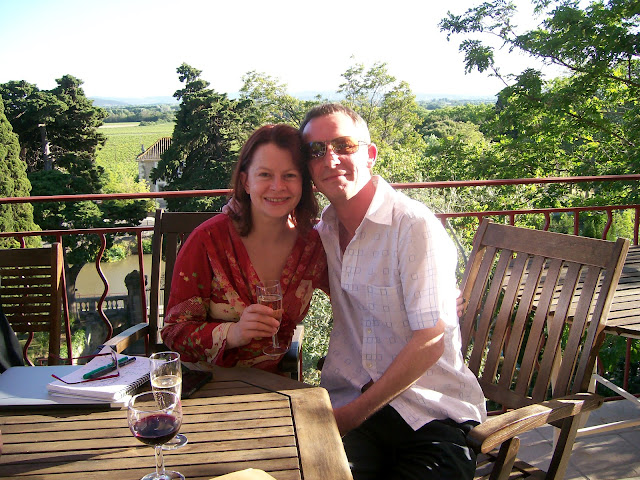 Justina Hart and Carl Burness on the terrace
Posted by Pascale Petit at 16:02 4 comments: